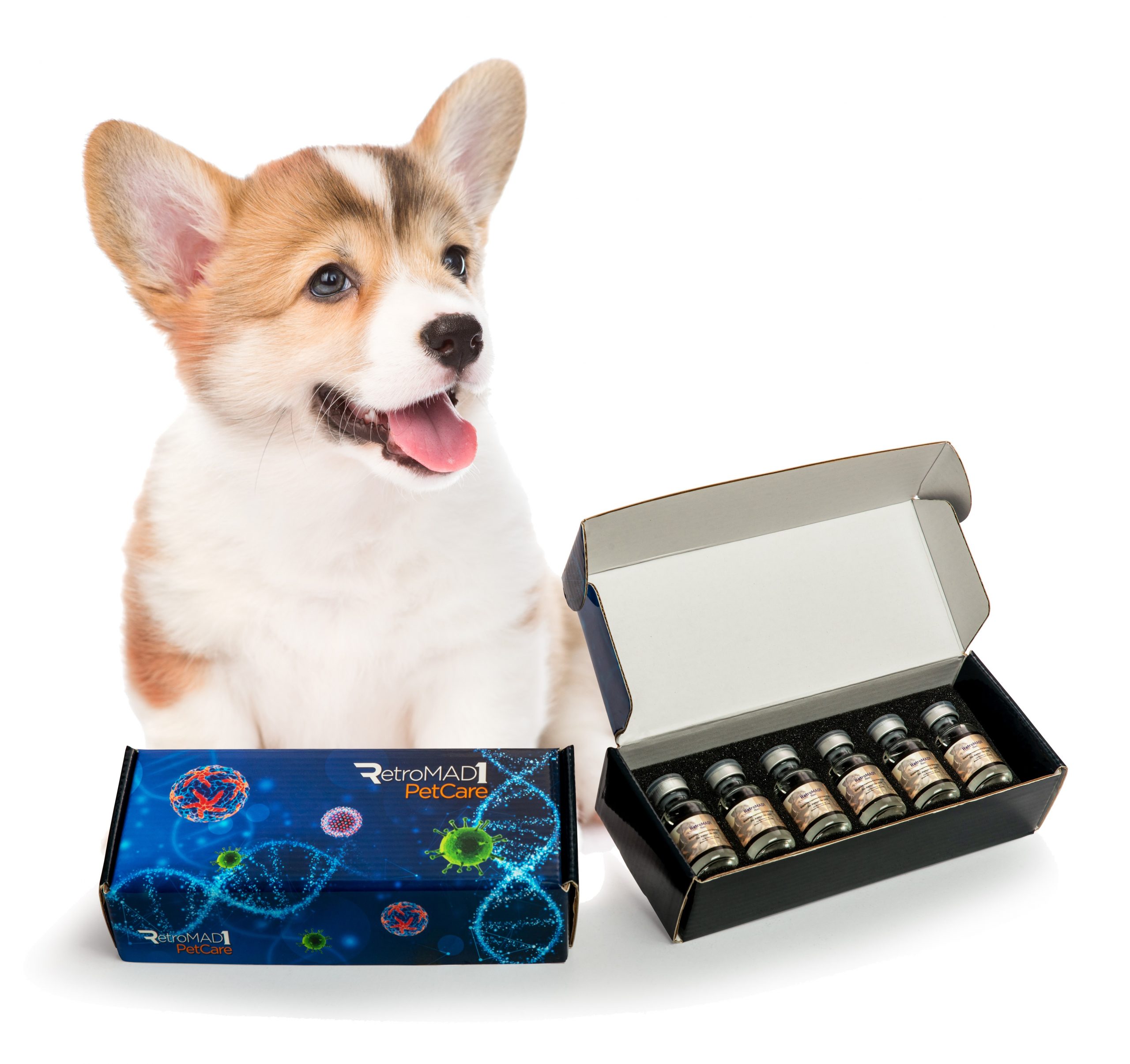 Canine Parvovirosis (CPV2) is mainly a puppy’s disease. It is caused by a small but highly contagious virus that affects all canine species. Despite intense vaccination programs in both the mother and puppies, the prevalence of CPV2 in puppies is thought to be 20% worldwide. Being highly contagious, the spread of the disease in a litter or a community like a shelter is close to 100%, despite increased disinfection and separation of ill puppies from the healthy ones. It is almost 100% fatal within 5 – 8 days. Palliative treatment improves survivability to around 30%. RetroMAD1TM has shown to improve survivability to 80%.

Canine Distemper (CDV) is a contagious and serious disease caused by a virus that attacks the respiratory, gastrointestinal and nervous systems of puppies and dogs. As it infects a large number of wild canines like foxes, wolves, coyotes, ferrets, minks and even seals, it is thought that wildlife is a reservoir for the disease. If left untreated, mortality is up to 50% in dogs. Dogs that survived would have sequelae and remained impaired for life.  RetroMAD1TM is shown to successfully treat against CDV at high doses.